Home Finder interviewed various developers and investors and found out some crucial things to find out before buying a condo directly from a developer first hand. Instead of mentioning the obvious things, they revealed numerous factors to look into to avoid losing money and making the wrong decision. The goal is to find a great place to live at or to invest and make some money, however if you purchase the wrong condo from the wrong developer you will end up with nothing.

Stick to the well-known developers

There are numerous respected condominium developers in Bangkok, which include Pruksa, Ananda, Sansiri, Supalai Premier, Land and House and SC Asset. Most investors buy the majority of their condos from these developers. There’s a reason a lot these developers have been around for decades and have a lot of brand name recognition, it’s because they are safer options than new developers.

One of the main reasons that the top developers are able to launch their condos on time and are more reliable is because they have more cash available to them. Not only do they have more liquidity but also according to one of interviewees the banks trust them more and they are able to get loans easier than smaller developers or first time developers in Bangkok. 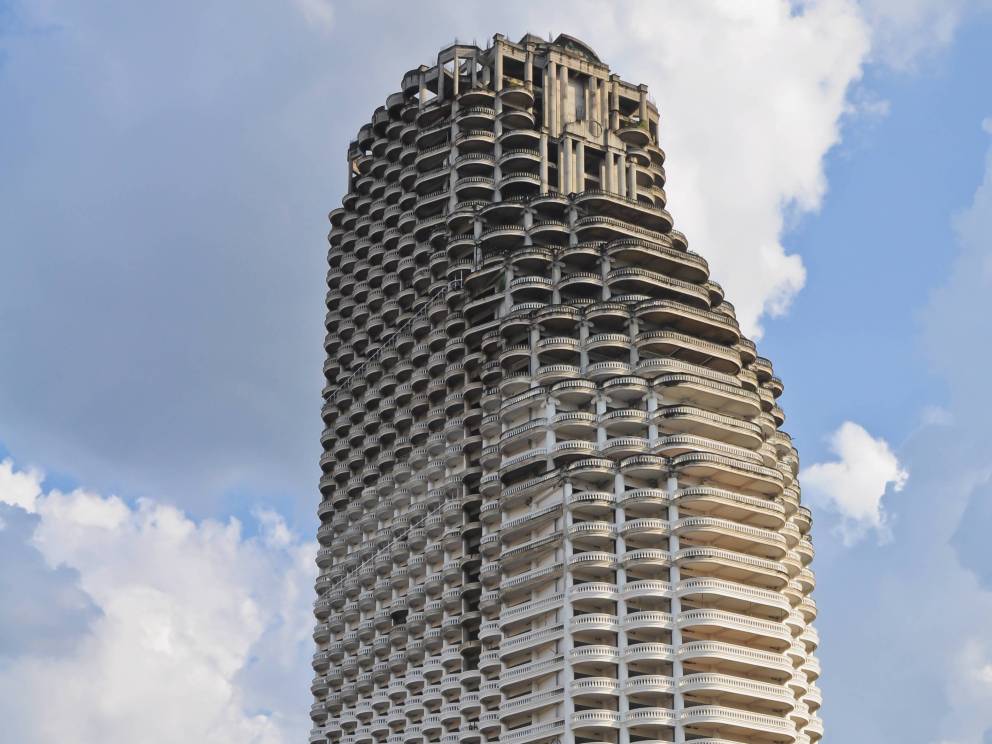 An infamous case occurred with Sathorn Unique when the new private developer Sathorn Unique Co., LTD and developed by Rangsan Toruwan who was a renowned architect decided to build a condo close to the State Tower which he helped design. However, after the financial crisis in 1997, construction halted and never restarted due to a lack of resources in the company.

EIA stands for Environment Impact Assessment, their job is to determine whether a project abides by the Thai zoning, building regulations, which includes construction of all major real estate projects. They also will do research and check to see if a new project will negatively affect traffic flow and look at projected construction radius, design and height to see if it will fit within Thai regulations. Some notable condos that haven’t been built because they weren’t able to get EIA approval include Noble Revolve Ari and U [email protected]

Analyze the brochure and Ads 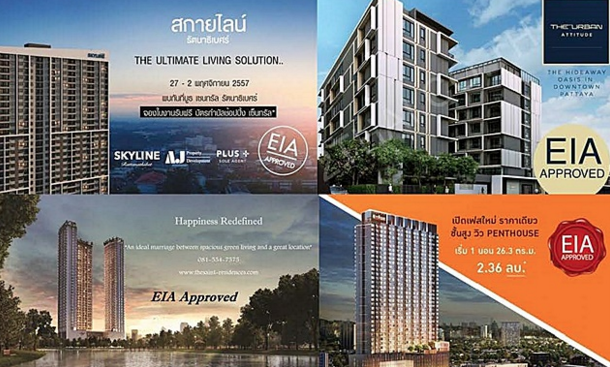 The developers interviewed mentioned something about their company brochures and what smaller competitors aren’t able to hide legally. A developer must state if their condo project has been EIA approved, if a condo hasn’t been EIA approved then there’s a chance it might be delayed or never get built. Another interviewee said that on the bottom of the flyer a condo project must state in writing if a bank has financed the project. 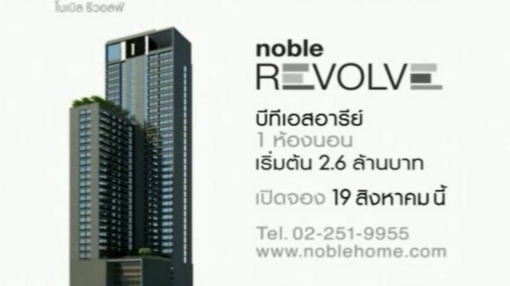 If the project isn’t being financed before it’s launched then they might not be able to pay for the construction costs in the future. Sansiri’s Quattro had written on it’s brochure that it’s project was already EIA approved on all of its ads and brochures whereas the Noble Revolve failed to mention that it wasn’t yet EIA approved, they just didn’t mention anything about the EIA on their brochure (which is a bad sign)

Heart break and waste of time

After speaking to investors, individuals who bought a condo at Noble Revolve did not receive their initial investment back until almost 3 years later with a small interest rate. Some condo developers end up going to court with condo buyers. Please take the advice of Home Finder and avoid condo developers and who try to take shortcuts and aren’t trusted. Contact us today for additional advice or for help selling or renting out your units.